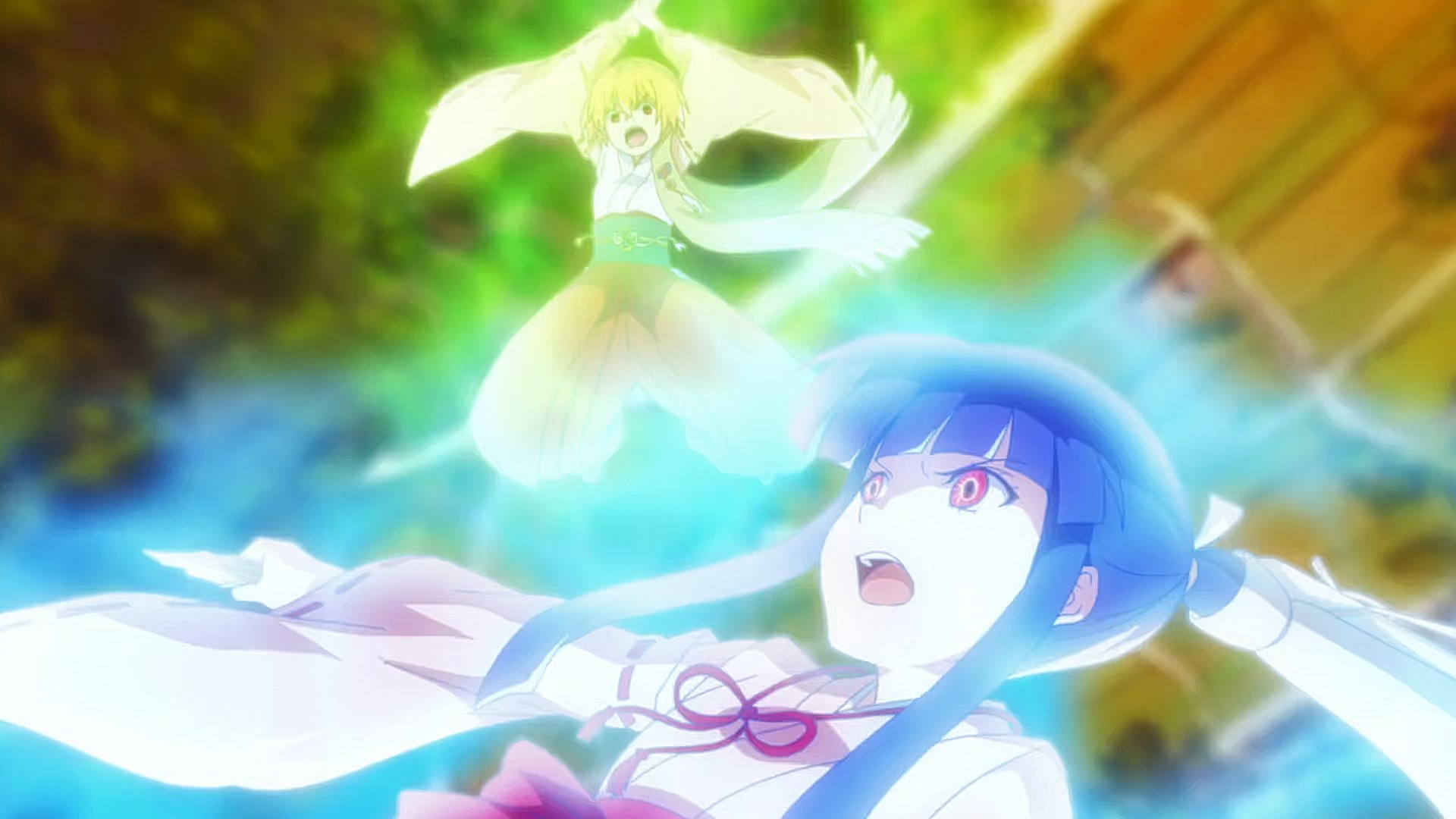 Higurashi: When They Cry – SOTSU otherwise known as Higurashi no Naku Koro ni Sotsu is a supernatural, horror/thriller series which was first released in the summer 2021. When They Cry – SOTSU is the fifth and latest season in the Higurashi franchise and is a direct sequel to Gou. If you wish to know how good the previous seasons were check the links below:

I will say this straight up, this season has no mystery elements whatsoever. If you watched Higurashi for its mystery, suspense or clever storytelling then do NOT watch this. It has none of that. Sotsu continues where Gou left so the primary story focus of this show is the conflict between Riko and Satoko. If you liked that shift in tone then you may (emphasis on may) like this. I say this tentatively because the standard of storytelling was poor in Sotsu. 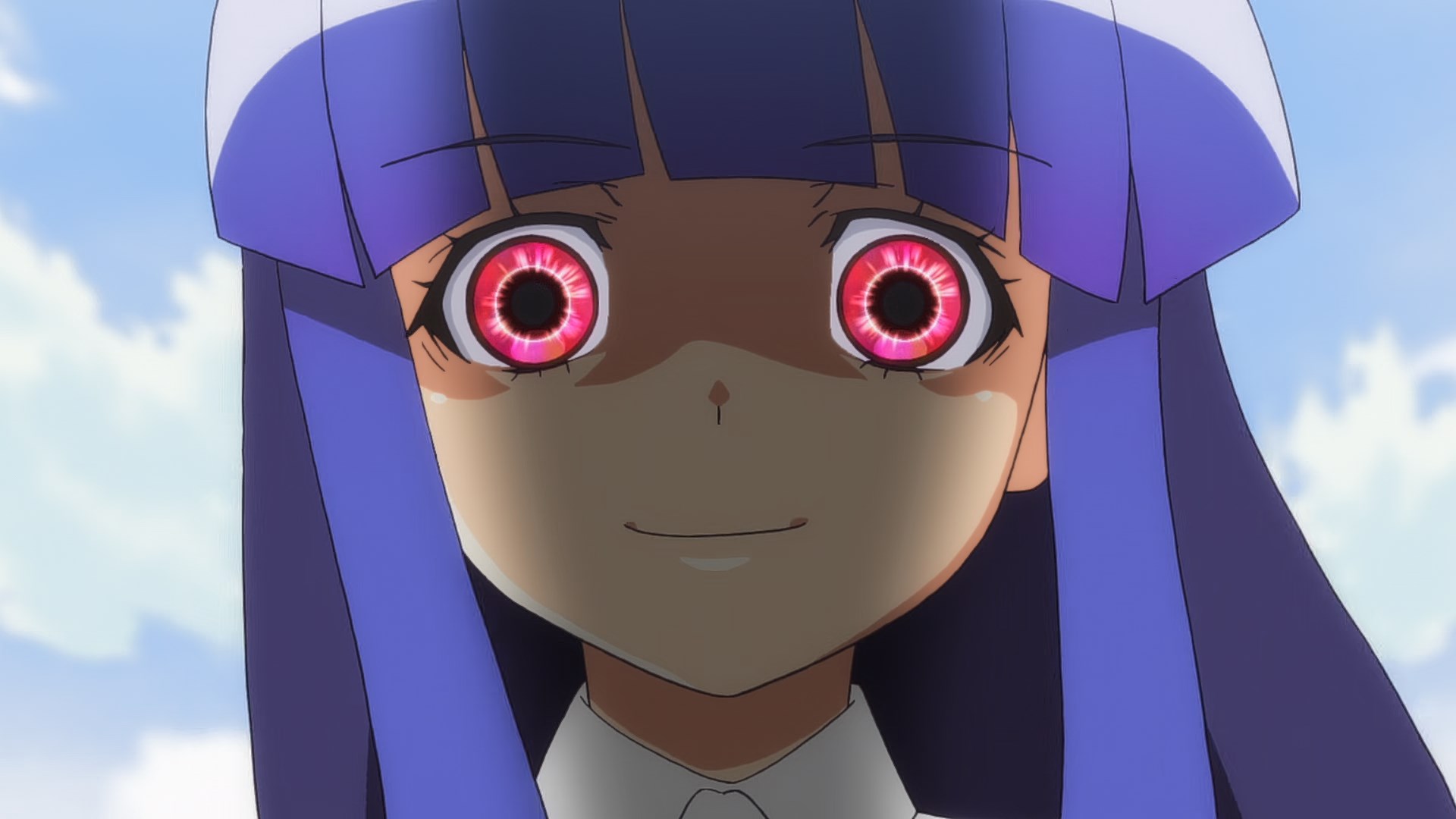 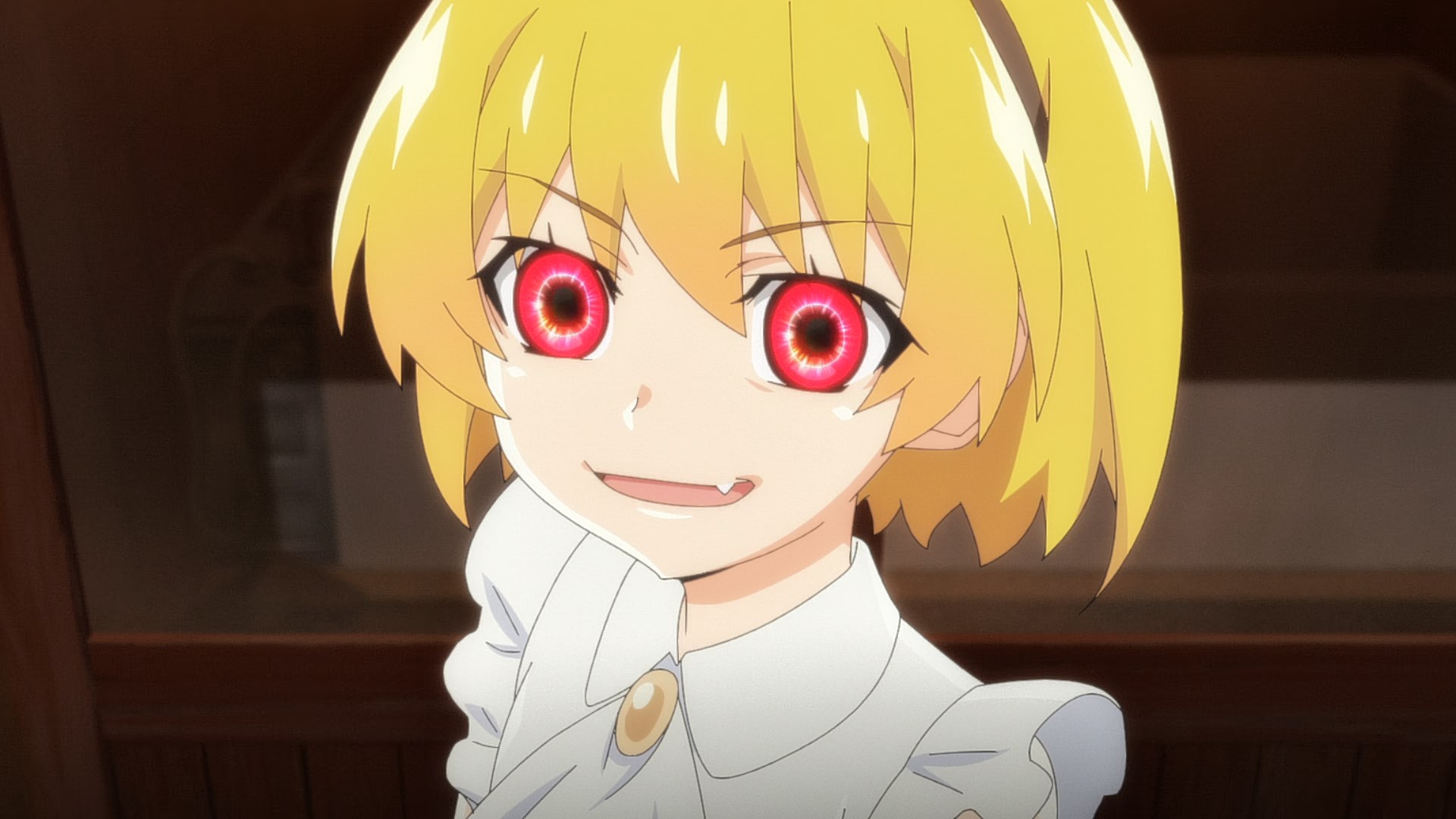 ]​
Now I will openly admit that I am a fan of both Satoko and Rika so despite the questionable change of direction made in Gou I was willing to pursue this series. I do not mind a mindless action flick and this was my expectation going into Sotsu. Unfortunately, this show could not even meet my low expectations. One of the important things about a thriller/action series is that there needs to be an element of unpredictability. If you make either the protagonists or antagonists too strong then the feeling of suspense and danger diminishes. This was the primary problem with Sotsu. This whole season was a one-sided affair so whilst I could enjoy some of the early segments the fact the same character came out on top time and time again got old really fast.

This repetition was not helped by the fact that many of the arcs found in Sotsu revolved around stories that were previously visited with a few changes here and there. To add to those woes Sotsu also suffered from pacing issues as there was an arc that overstayed its welcome. Some episodes could have been cut out and there would be no impact on the overall story. In fact, Sotsu would have fared considerably better if the series were 12 episodes instead of the 15 we got.

The final nail in the coffin for the story was the ending itself. While I can see how this ending came about, I think the resolution made was just too hard to believe considering what happened before. This ending felt like the “safe” option and if the writers had more nerve or ambition then they would have taken the more radical bittersweet option. It would have been sad but at the same time way more understandable. Alas that wasn’t the case and this closure will likely leave an unsatisfied feeling for many fans out there. 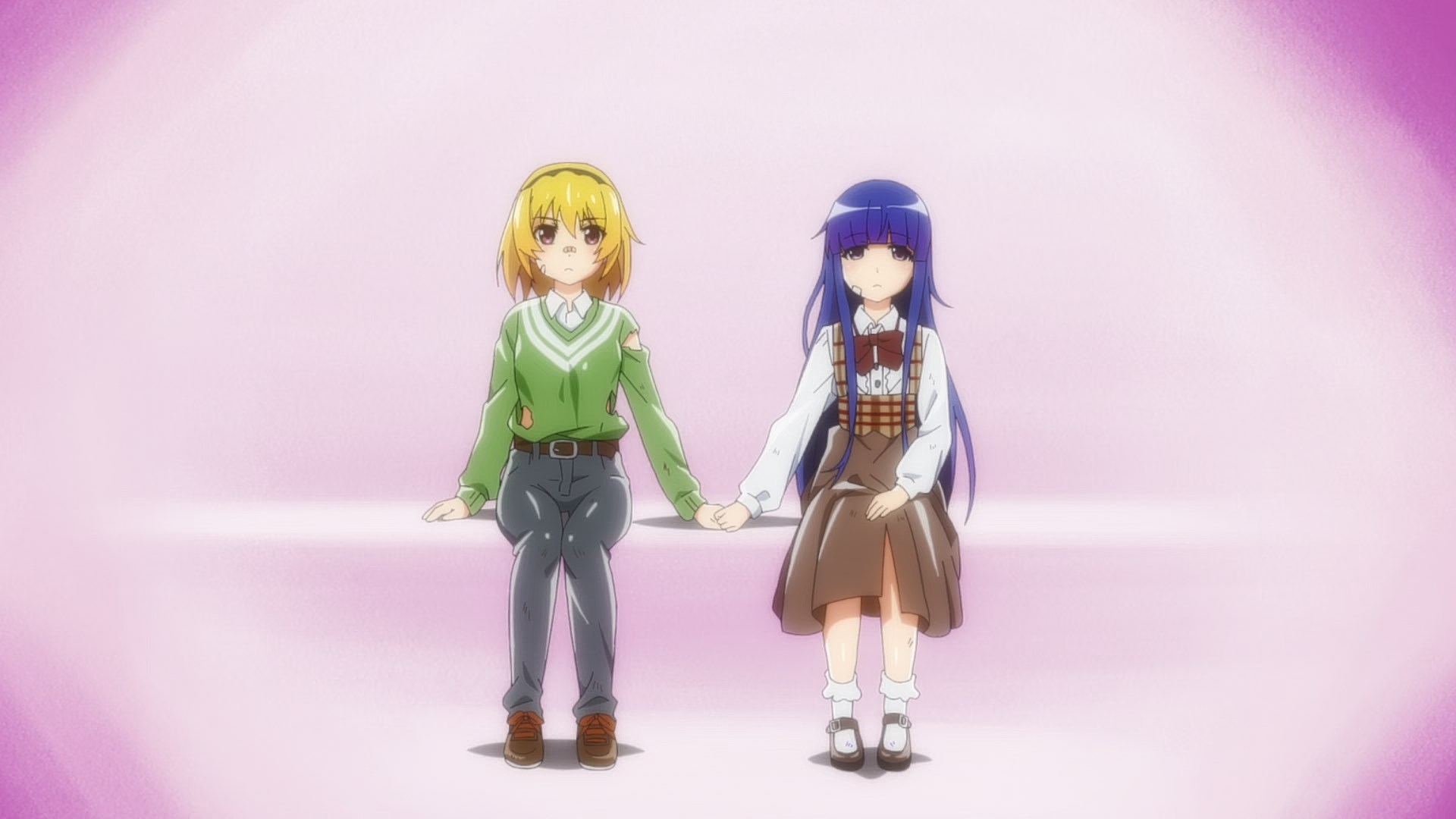 In terms of characters development, it should be noted Sotsu makes Rika and Satoko the centrepiece of this series. All other major characters are reduced to mere props so if you watched When They Cry for Keiichi, Mion, Shion or Rena then you should drop this. As for Rika and Satoko themselves I felt there was no character growth. If anything, I would say the opposite was true as the characters regressed on multiple levels.

For example, Satoko in Sotsu tries her absolute best to be an irredeemable character. All the things she does in Sotsu is reprehensible. She shows no remorse and punishes her friends over and over even enjoying the terrible things she does. Any nuance she had with her troubled upbringing her pushed to the way side as she simply becomes a cartoon villain. This behaviour is so extreme that when there is a change in character it seemed out of place. Rika on the other hand lacks the intellect that was hinted in Gou or the tenacity she had in Kai. In many ways she was largely passive and simply existed to be a punching bag. If Rika had her best traits from Gou/Kai then I could envision the Satoko/Rika conflict being a much more interesting affair.

Animation for Sotsu is similar to Gou. The style is different and won’t be to everyone’s taste. For the most part it is serviceable but nothing to write home about. The quality of animation does show a steady decline as the series progresses although to its credit the final two episodes, which are action packed, show an improvement. It should be noted in the more violent scenes there is censorship in the originally aired episodes so if you wish to see this in all its glory then you may have to wait for the Blu-Ray versions. On the musical score I actually felt Sotsu did well here as I enjoyed both the opening and ending songs for this series. The opening is "Analogy" by Ayane while the ending is “Missing Promise" by Konomi Suzuki.

If you watch anime for its storylines then do NOT watch Sotsu! It is that simple. The mystery is gone but more than that there are various plot holes and inconsistencies. For example, the Oyashiro curse works differently than before, revelations come from the story do not make much sense and near the end the in-universe rules breakdown. This is all on top of the common foils like plot armour and deus ex machina that are utilised in this show.

Things are not much better in the character development either. It is basically character assassination when it comes to Satoko as her personality is essentially stripped to that of a cartoon villain. Any redeeming qualities she did have are but a distant memory. Things are bit better with Rika but that is not saying much. The problem with her is she was largely passive and became the fall guy in Sotsu. She does gain her mojo back at the end but then it is too little too late. This poor unbalanced character dynamic was a major hinderance in the plot as this lack of balance meant we are robbed of any suspense I was hoping to get. If Rika had the best traits of the previous seasons this powerplay between Satoko and Rika would be that much better.

I would recommend most people avoid this show. Sotsu will be a stain in the When They Cry franchise. To me the first two seasons are essentially the true story. Gou and Sotsu are money grabs that add nothing to the franchise. If anything, they take detract from it.

The only people I could see enjoying this are major Satoko/Rika fans that are okay with some mindless fun. If you fit that group then you may get something out of this. You should not think about any plot lines and just enjoy the shows at the superficial level. If you can do that and simply enjoy the antics that Satoko brings to the table then it can be amusing in a macabre type way. The girl also has some great acting skills which can be a treat to watch. Still even these positives are unlikely to get over the glaring weaknesses this show has.

Story 3 – Recaps, predictability and pacing issues are the main culprits that stifle this plot. This is all compounded by the inconsistencies of various plot devices. The more you look, the more flaws you will find. Sometimes less is more and in this case thinking less actually allows you to enjoy this series more. Only people who would like the plot are those who want to see Satoko pranks, violence and gore. But if that is your cup of tea there are better series out there to fill that violent craving.

Characters 4 – Most of the cast are mere side shows. The only characters that matter are Satoko and Rika. Satoko suffers from character assassination whilst Rika has regressed on many levels leading to uneven contest that impedes the show’s ability to build suspense. Still, despite the Satoko regression she does have her moments when she can pull off some amusing pranks so it is not a total loss. The characters also do some epic stuff at the end.

Animation/music 6.5 – Like Gou the animation will not be to everyone’s taste. Unlike before there is a slow decline in quality but this is improved somewhat in the climatic episodes. Musical score is better in Sotsu.

Overall 4 – Something to avoid. The storyline was questionable to begin with but when you add the unsatisfying ending it really hammers the point this series is a waste of time. I feel most When They Cry fans will pretend this series never existed.

Sotsu will only appeal to people who are massive Satoko/Rika fans or people who can overlook the massive crimes Satoko makes and the terrible plotline. If you can watch it for the mindless gore, violence and over the top action then you may enjoy this. But really, just avoid it unless you are a masochist! 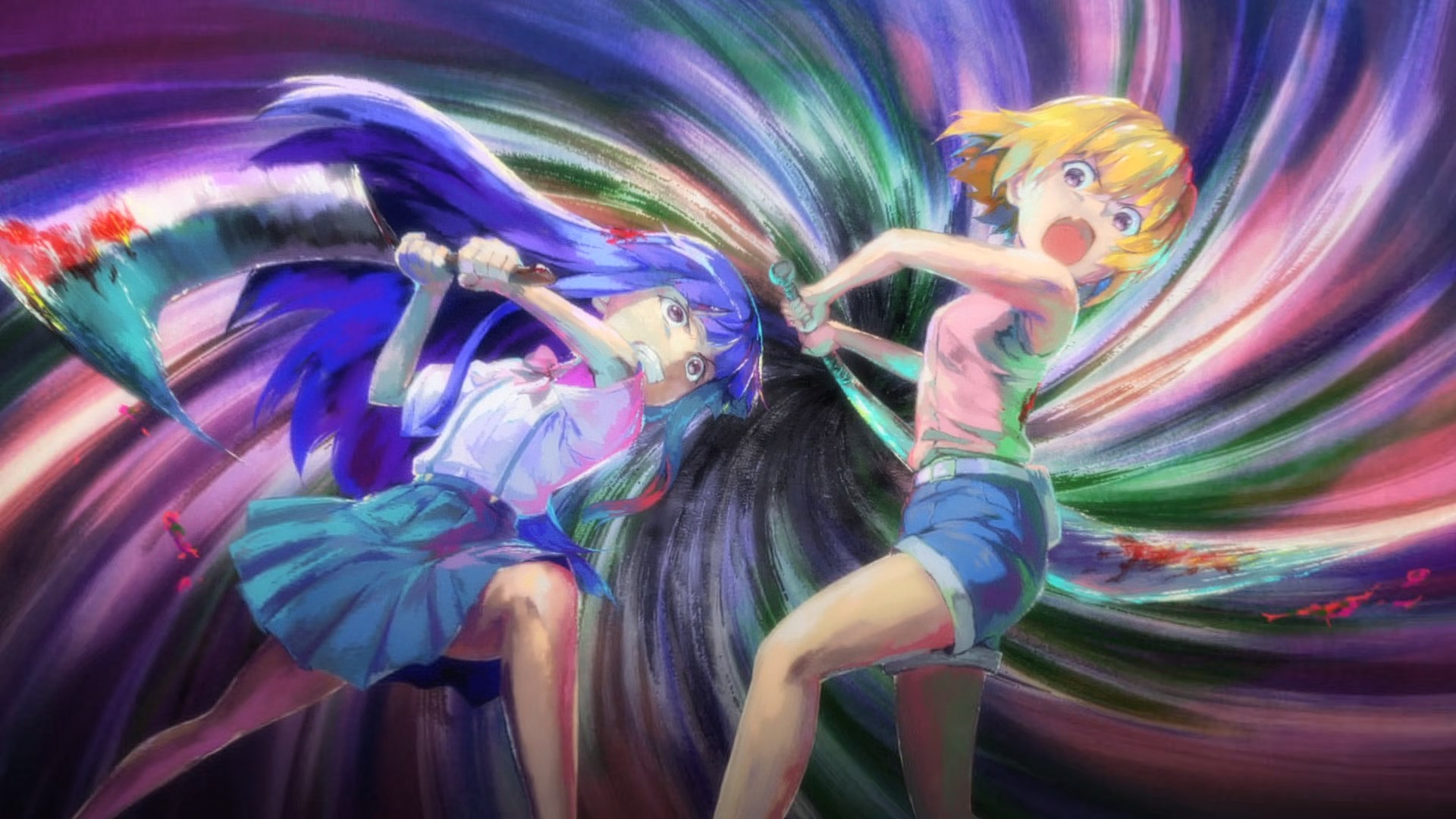 If you wish to experience further Sotsu pain then check the gallery contained within. Remember! Satoko is not satisfied with just torturing her friends… She wants your blood too!