Staff member
Leader Council
QUOTE (Norren @ Jun 09 2014, 04:48 AM)As far as the other characters go, hurray, Mikihiko scenes! Mikihiko is our supporting protagonist for the volume, much in the same sort of way that Waver Velvet was the supporting protagonist for Fate/Zero. His personal hero's journey in this arc is quite good, and it starts with his exchange with Tatsuya at the end of Ep 10.

Did I miss Kei and Kanon's introduction? I've been a little out of it the last few weeks, so I may have just spaced it, but it seemed like they just threw them at us in the anime, with little to no explanation of who they are.KanonxKei debuted in #9 but their screentime didnt stand out much, compared to other secondary characters... as you say now makes sense why the focus on Mikihiko in a protagonic way, specially ep'11 than any other apart MiyuxTatsu

Retired
I just did a mini-marathon from episode 11 to 16, it was a nice watch and I'm kinda glad I left the episodes build up since I essentially watched the core of the Nine Schools Competition.

I don't want an original ending for this anime, I like the way it's being done but it also sucks at the same time as we don't get to know the conclusion of the entire story, which we will have to wait for.

Another thing is despite the story being kinda awesome it does have it's flaws, which were evident in the light novels with the story being all over the place at times or when they just leave a question hanging and move on to another aspect of the story. That's why at times the anime may seem incoherent. An example is when the short girl starts thinking if Tatsuya is really Silver, she racks her brain for a bit and then we just move to the next scene without any hesitation.

I'm glad I got back to watching this.

Sempai
QUOTE (NecroRyu @ Jul 29 2014, 12:00 AM) after Monolith code ep.17 got more serious, with teachers beating a generator...
Those weren't teachers. Recall the Army major and people that Tatsuya spoke with earlier? For their second meeting, all of those guys were in the same room. Take note of them, they'll be more involved in the next plot arc and in the flashback arc. (which I'm doubtful we'll see, now.)

Those are undercover members of the 101st Independent Magic-Equipped Battalion. They're sort of the classified/top secret, wild loose cannon of Japan's magic-equipped armed forces. Tatsuya works for them as a "special lieutenant", which has been mentioned a few times through the series. Contrary to what you might think, Ono-sensei has absolutely no connection to the 101st other than Tatsuya borrowing her from the government every now and then for intel when he can't rely on the 101st's resources for whatever reason.

Speaking of the 101st's resources... The girl is Fujibayashi Kyouko, aka the "Electron Sorceress", the granddaughter of Old man Kudou. She's pretty much the only equal Tatsuya has in information warfare. (She can communicate with any digital device tracelessly, compared to Tatsuya's "Elemental sight" which grants him perfect Eidos/idea world perception within a short spherical radius or so.)

I have no idea if Fujibayashi can talk to analog devices or not. It's never come up.

Staff member
Leader Council
QUOTE (Norren @ Jul 29 2014, 03:44 AM)Those weren't teachers. Recall the Army major and people that Tatsuya spoke with earlier? For their second meeting, all of those guys were in the same room. Take note of them, they'll be more involved in the next plot arc and in the flashback arc. (which I'm doubtful we'll see, now.)

Those are undercover members of the 101st Independent Magic-Equipped Battalion. They're sort of the classified/top secret, wild loose cannon of Japan's magic-equipped armed forces. Tatsuya works for them as a "special lieutenant", which has been mentioned a few times through the series. Contrary to what you might think, Ono-sensei has absolutely no connection to the 101st other than Tatsuya borrowing her from the government every now and then for intel when he can't rely on the 101st's resources forthanx for the correction ;p I recall them in a meeting (ep'11), but i got it wrong since Kyōko called sensei to Yamanaka ('15)... so I believed they're undercover like Ono, who met Tatsuya secretly ('18) before he kills the No-head Dragons

Retired
Episode 20 and 21 were great particularly episode 21 with most of the episode being something shippers of the show will enjoy with most pairings given a lot more attention. Erika and Leo...I mean it's an obvious pairing that didn't seem to be moving forward but the latest episodes suggest it's starting to move with Erika admiring Leo's manliness and Leo getting a sneak peek of Erika, ah that was hilarious.

Retired
Episode 22, yes this show is still pretty decent. The thing with this series in general despite having a vast world and an actual story, most of the time it doesn't feel like it's going anywhere. Hence, the end of the first season won't really resolve anything. However, I would still like a 2nd season because I sort of what to know more about the characters.

Sempai
I agree I've been enjoying this series

Its was cool to see Chiba fight the Tiger as well as Mariagreed best arc so far, by its cliffhanger in ep.23 the OP mecha finally attacks...

at last special #5 is about MizuxMiki, also I want more ErixLeo and hot doctor

Retired
I love the American singing the ED song, she's so damn good.

Just watched ep 23 and 24, thank god I waited because the ending of episode 23 would have annoyed me not to be able to see what happens next. Episode 24 was great and finally that "large group" is aware of one Shiba's many secretive identities.

Kyoko x Chiba is a cute pairing...I hope it works out for them.

It's a shame there's like only 2 more episodes left but considering the popularity of the show and sales of the DVD/BDs of the anime being so successful with 10,000 sales just from the first 2 volumes. This series is most definitely getting a 2nd season but I'm not sure how soon though.

Retired
The American I was talking about is of course Rachel Rhodes, who is known as Yasuda Rei.

Episode 25 was great, I didn't expect Tatsuya to reveal yet another secret of his and I'm glad he "restored" them both. Ahhh Mibu was in such shock but good for her now .

just found out the official Aniplex US youtube channel, subbing all its specials

I did have my comments about the whole stuff that I didn't like in the begin..which made me barely being able to watch it.
I'm still going to say that the whole schools competition stuff lasted Far to long and was Far to slow for me to enjoy it or make sense of it! But, I honestly enjoyed the story and the development of the rest.

I actually hope there will be a second season, seeing as only 7 of the 14 novels (so far) have been adapted.

Retired
The show had it's ups and downs. I too was a little fazed with the show at first until I started reading the source material, which is just a gigantic cesspool of characters, which the anime already is but it's way more in the novels with each arc introducing at least 5 to 6 new characters albeit not all important characters though.

I appreciated this anime and it did well in keeping my attention for 26 episodes, the first half was definitely weaker than the second half which ended strong. I do hope to see a 2nd season and yes despite covering 7 volumes of material, it was still only really the bare bones of those 7 volumes.

The music was decent, I particularly liked the first OP and the second ED, the OST was okay, I wasn't attach to it. The animation was good but I wasn't totally happy with a few of the character designs such as Haruka Ono being kinda "chubby" making her look like a middle-aged housewife who gave up going to the gym, her character is suppose to be a "super-ninja" who's really really hot and is a potential love interest to Tatsuya but instead she's none-of-that in the anime and looks like a cuddly sheep.

I'm giving this anime a 8.5/10, which it just attained by the skin of it's teeth because of how enjoyable the last few episodes of the show were.

Kouhai
This show had some potential, but boy, it got boring fast. Tatsuya is way overpowered and in the end I just leaned back, knowing that guy would solve everything anyway. I mean, not even the (potential) death of his friends formed any kind of threat since he he could just revive them .

Miyuki was way more interesting, even if it was only because she was not some kind of magic-wielding god. But even she was a bit overpowered, seeing how the last potential fight scene she had simply ended with her freezing the guy, without him being able to do anything . Why couldn't there at least have been some awesome fight, in which Miyuki shows her strength and resolve?

The music was generally fine, and I enjoyed seeing the animated version of Yokohama.

Staff member
Leader Council
The Irregular at Magic high School the Movie: The girl who summons the stars 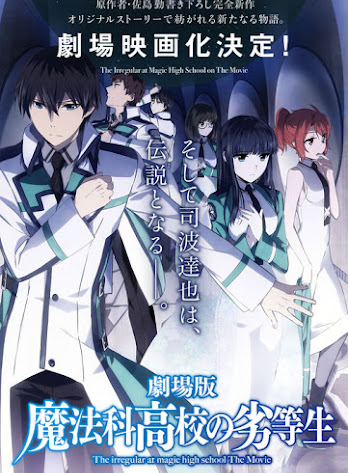 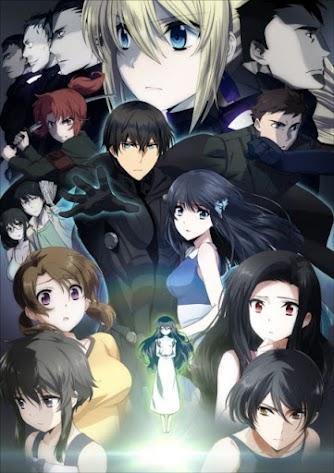 Masich said:
I honestly enjoyed the story and the development of the rest.

I actually hope there will be a second season, seeing as only 7 of the 14 novels (so far) have been adapted.
Click to expand...