In this prequel watch I will delve into All Routes Lead to Doom! It is a comedy series which adds an interesting twist to the harem/reverse harem genre. Unlike most harem shows this should appeal to both sexes. I certainly got a kick out of it! Stay tuned though as I plan on posting a review on the sequel tomorrow! 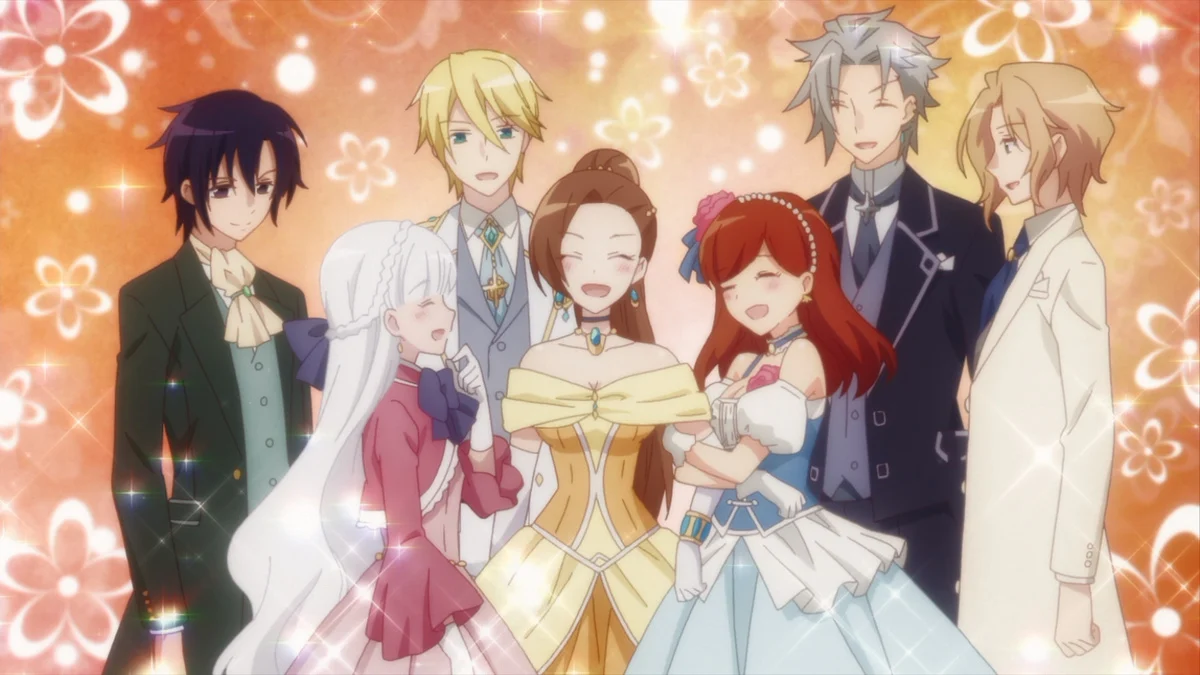 My Next Life as a Villainess: All Routes Lead to Doom! Otherwise known as Otome Game no Hametsu Flag shika Nai Akuyaku Reijou ni Tensei shiteshimatta (I dare you to read that out loud XD) is a shoujo comedy/harem fantasy series. The first season originally broadcast in the spring season of 2020 whilst the second is currently airing in the summer season of 2021. All Routes Lead to Doom is a series which stars an otaku girl who loves playing the otame* game Fortune Lover. Unfortunately for her she dies and is reincarnated as the main villain Katerina Claes. Painfully aware that Katerina in Fortune Lover dies in every conceivable route she must apply all her charm, intelligence plus her obsessive knowledge of the game to find a means of avoiding doom!
*= Otame are games that cater to female gamers. It is a type of visual novel where the main heroine has to pick from a selection of men on who date.

It is here where the series begins and it is not long before Katerina is confronted with the prospective of not one but two doom flags! If all what I say sounds foreign and alien then do not worry; things are made pretty clear from the get go. The bottom line is that for Katerina to survive she must befriend numerous characters. Most of the early character interactions she must make are with the male characters. This can lead to the impression, at least early in the show, that this series is primarily catered towards the female demographic seeing as all the guys happen to be bishies. This is not the case however as we will discover later on.

What makes this series special and worth watching is our main protagonist Katerina. She seems like a genuinely likeable girl who always strives to help and be friendly to others. Yes, this may sound cheesy but the way it is presented in the show makes all her actions seem genuine. They are neither forced nor fake like in other series such as Fruit Basket. It is not just her friendliness that makes her appealing however; Katerina is also prepared to go against the grain (even looking ridiculous in the process) when she perceives an injustice and kicks up a storm to stop such things from happening. It is actually a source of comedy in numerous scenes of the show.

Those qualities of her makes Katerina an easy character to like and it helps in enjoying the rest of the plot as you feel actually invested in the character. The other plus point is that by making her charming it makes it all the more believable that characters are drawn to her. This is really quite refreshing as in most harem shows I am left scratching my head in how a bland cardboard (self-insert) could somehow attract a large harem of girls/guys. This is a harem series with a difference! 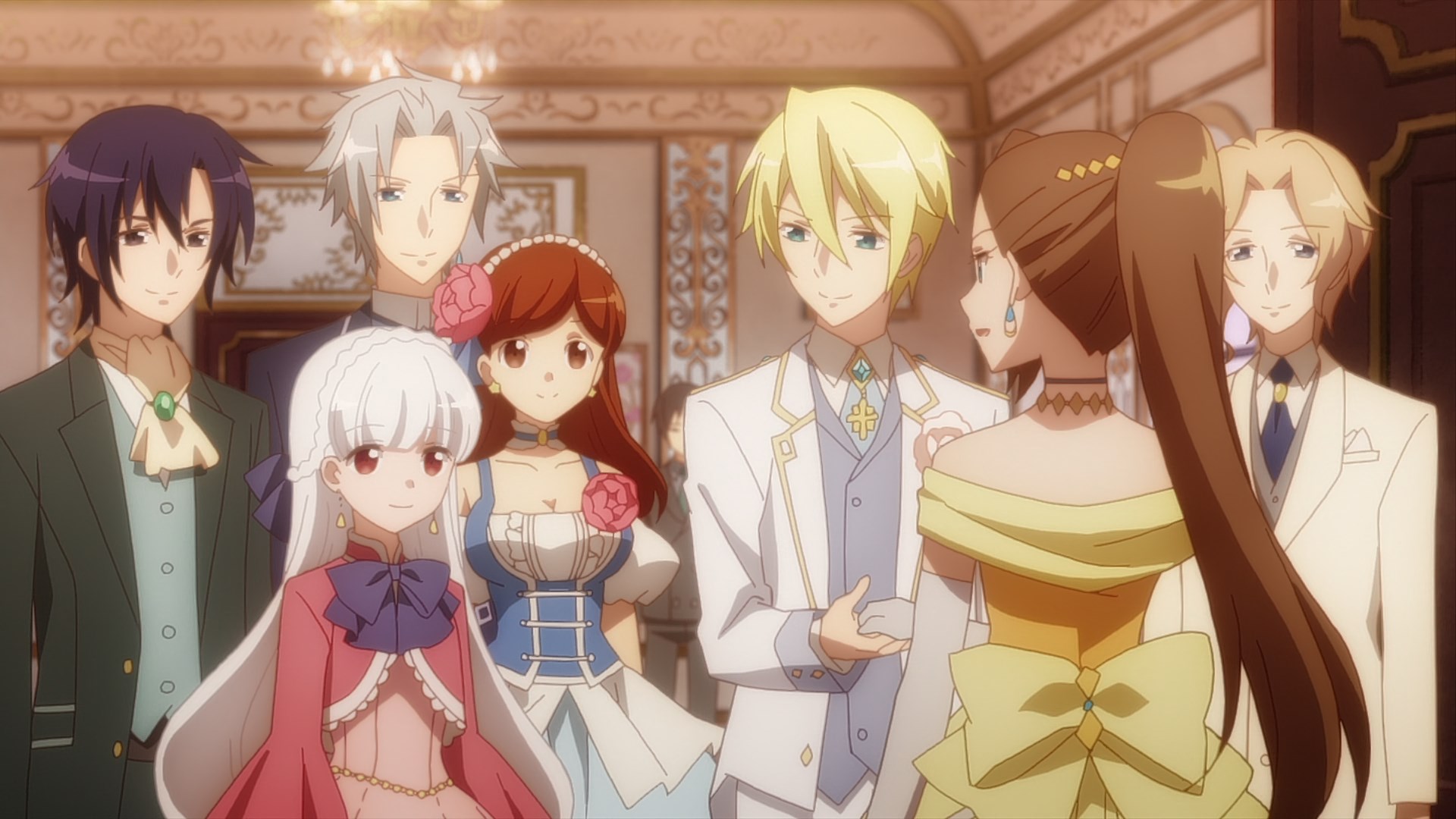 Speaking of harems with with a difference this leads me to my next point... You see, to avoid the numerous death flag she has to befriend numerous people and while the initial characters she pulls are guys this attraction soon extends to the female members of the cast. It is not long before Katerina has a big harem composing of both guys and girls. This isn’t the convention in most harem series; as the love here is left free going in both directions! Ignoring what kind of shipping wars this series is bound to create the whole show generates many ridiculous scenes and situations. This dynamic should also provide something for both the female and male audience.

In terms of plot again All Routes Lead to Doom does a fine job for the most part. Katerina solves most of doom flags either by design or by chance. The deliberate manoeuvres are easy to follow while the chance events are natural never contrived because all of those chance events come from underlying trait of hers. It is foreshadowed and can be guessed if one is sharp and even if you don’t see it coming you will quickly understand how it came about. There are no ass pulls and neither does this show resort to a deus ex machina in saving the day.

The main quibble I would have with the story is there is a moment in the final third of the series where the plot slows down and the show becomes less interesting to watch. This period does not last too long however and soon after the show builds up to the final arc. What’s more in this final arc we get a bit of backstory to our otaku girl plus the season ends well tying most of the loose ends made throughout the show.

Animation in this show is a mixed bag. It is serviceable for the most part but is nothing that will win awards. Moreover, there are scenes here that do suffer from a noticeable decline. There are also times when major characters get the no eyes treatment and this is most noticeable when it is done in certain flashback scenes. Now on this last point perhaps it was done deliberately for narrative reasons but it still had the effect of looking largely out of place. I liked the upbeat opening song Shōjo no Route wa Hitotsu Janai! (The Girl's Routes Are Not Only One) by Angela but the ending track Bad End by Shouta Aoi I was indifferent to.


Overall, All Routes Lead to Doom has several things going for it. You got a strong female lead, a unique take on the harem series that was not just funny but also more believable as unlike most shows of this genre the protagonist was a genuinely a likeable character. The plot was also solid and all death flags were resolved in ways that were believable and more important, fit the overall narrative that came before. The ending whilst not breath-taking was also decent so it scores well there. It is this combination of laughs, doom flag resolutions and easy to understand plot that makes this a series that most people would enjoy. It is very watchable particularly if you are a fan of the fantasy/harem genre or if you are into visual novels. If you fit into any of those three groups then add an extra point to the overall score I make.

Story 7 – Don’t let the initial explanations put you off. The premise here is good and the show explains the dynamics of what is going on so even a non-fan of visual novels would understand it. This initial start is built on well and all plot points are resolved in a good and satisfying ways. The only one pain point occurs near the end. If it wasn’t for this the series would score even higher in this category.

Characters 8 – Katerina is a strong lead; without her charisma this show wouldn’t be half the show it was. Whilst the other cast members also have their own personalities, she is a girl that provides the clue for the cast. The others have their own motivations but like a lot of visual novel stories, they can be a little one dimensional.

Animation 6 – Pretty bog standard. I can’t say it is bad but it is not great either. There are some scenes were the animation takes a dip and the ending song is not all that either. Opening is good and catchy so it has that going for it.

Overall 7.5 – A very solid series. I would definitely recommend this one if you are a fan of fantasy/harem or visual novels but most people will still get a buzz out of this. Unlike most harems this one does not come with much fanservice but it more than makes for this with a good main character.

Check out the gallery for more pics from All Routes Lead to Doom! My Next Life as a Villainess: All Routes Lead to Doom!