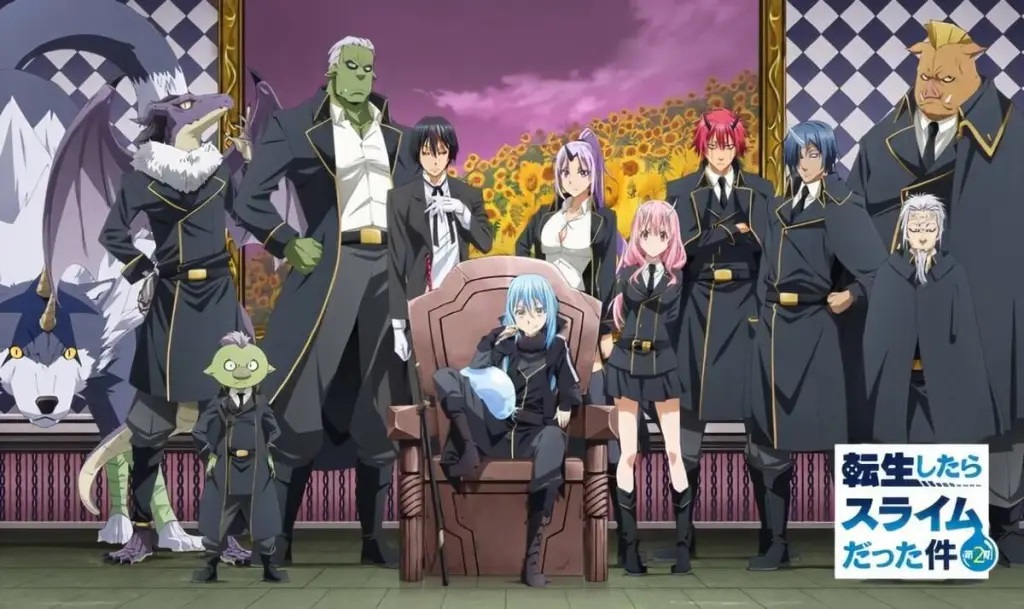 That Time I Got Reincarnated as a Slime season two part two is an action/fantasy isekai series that aired in the summer 2021 season. Unsurprisingly events in this second part follow straight from part one so naturally this season is not newcomer friendly. You got to watch the previous seasons otherwise you won’t understand a thing that is going on. Saying that, due to the nature of its start, picking up this second part is easy if you haven’t seen part one in a while as there is a lot of recaps to get viewers up to speed. As always, I got reviews for the previous seasons on the links below: 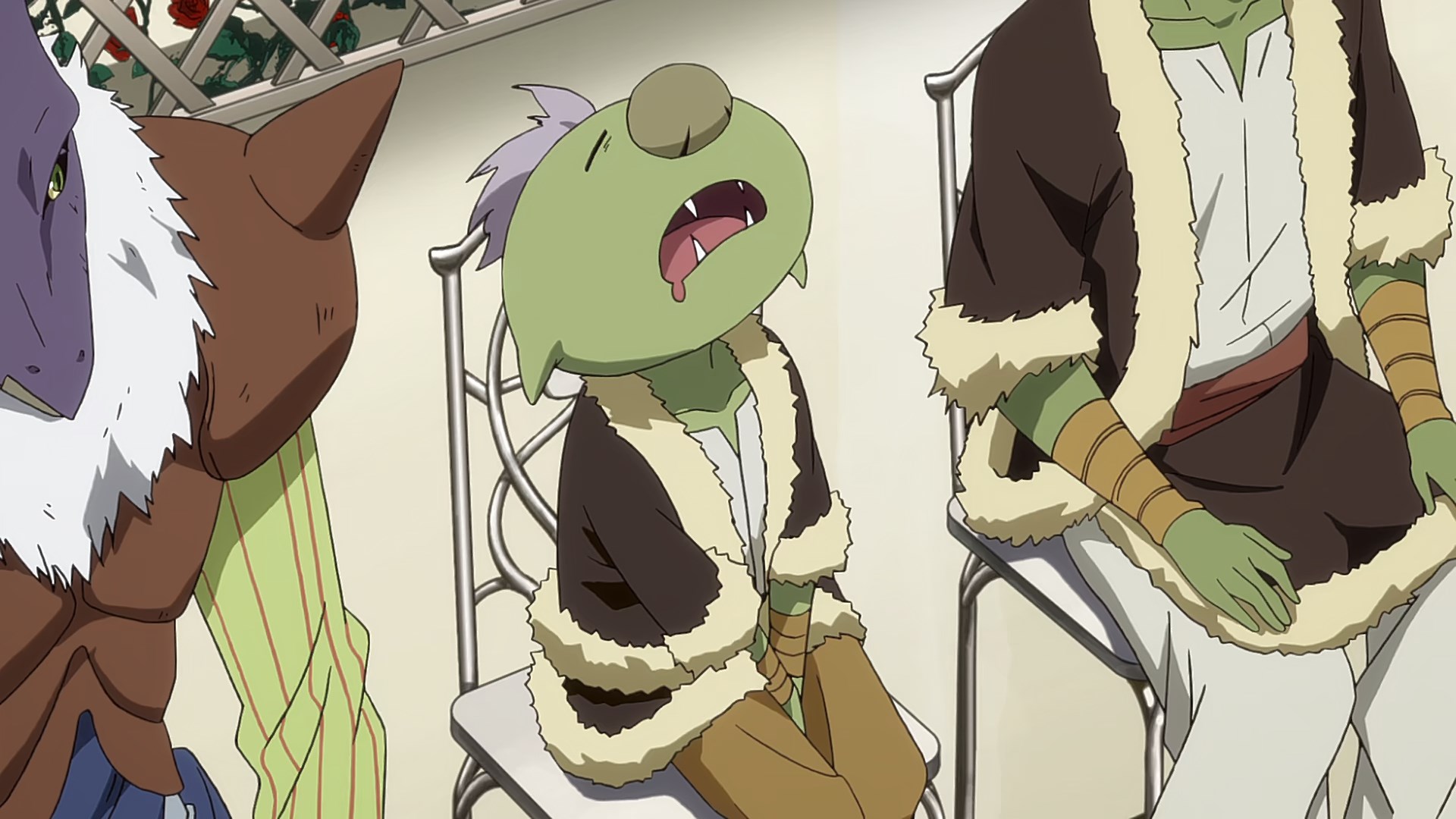 I said the first part of season two had a slow start. Well, this second part takes slow to a WHOLE other level! If you wish to tackle the start, I suggest getting a nice hot coffee ready as the first six episodes (yes six episodes!) largely deal with exposition. What’s more, much of the content in the first three episodes deal with part one recap. For anyone who has come straight from the previous season this will likely prove extremely frustrating considering the high note the season ended on.

For people who have not watched the first half in the sometime the experience maybe somewhat better as you get a chance to recall details you likely forgot. But make no mistake, for either type of viewer this will be a trying experience as the pacing is simply too slow. What makes this slow pacing even more grating is the fact that the exposition is not delivered in an engrossing manner. If we got entertaining recreation of events, complete with some comical comments it would have worked out better but this isn’t what happened. What we got was essentially the entire cast telegraphing their plans for a number of episodes by all chatting in a single room. 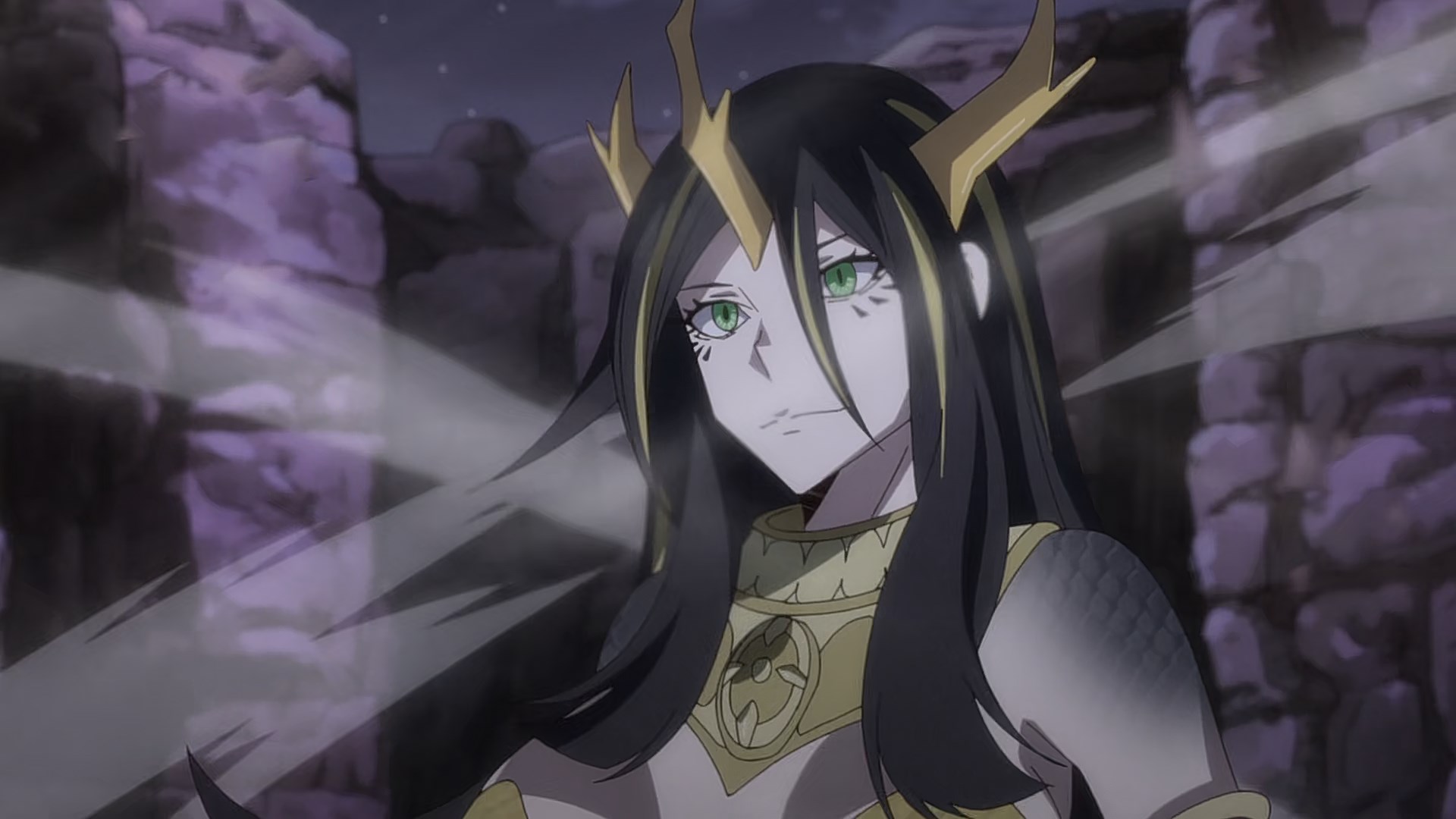 Fortunately, things do finally pick up and the series is better for it. However even the though the quality of the series improves, it is still an inferior experience to what we got before. In previous seasons we got tension, a real sense of danger and even character growth from these major action scenes. For this season those elements where largely absent as many battles largely became one sided affairs. Now having some OP action can be good provided there is a sense of comedy and the show is not taking itself seriously but that is not the vibe I got here. Most of the sequences seemed to be played straight.

If there was one big positive, it would be that the battle sequences devoted a lot more time to Rimuru’s subordinates which provided a refreshing feel to the fights. This certainly gave the battles a new flavour and if you are a fan of the characters shown then this will be a boon for you.

Another thing I would say was commendable is the final conclusion for the season. The antics of Milim were amusing and are likely to throw you for a loop (it did for me). What’s more her comedy act is supported by the rumbustious Veldora with his gaming inspired attacks and his silly commentary. Those characters ensured that the show ended on a somewhat positive note. This is also bolstered by the loose threads left to keep viewers interested in the upcoming movie. 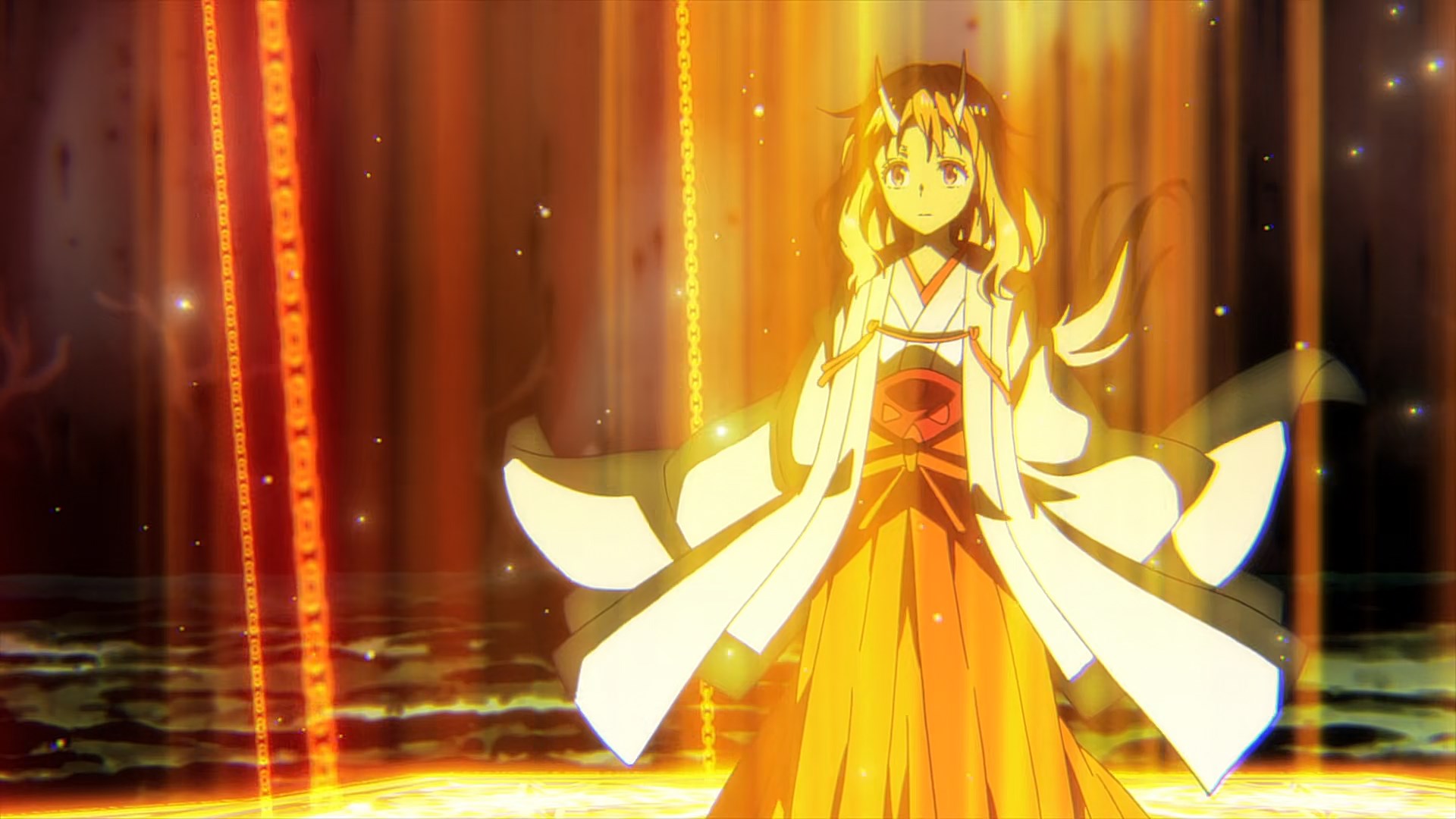 As for the cast itself, it is as you were. Character development was limited in the first part (with one notable exception) but here I would say it is non-existent. What you see is what you get so I hope you liked what you saw before. Fortunately for Slime Reincarnation it has a likeable cast so this lack of development is not keenly felt. If you made it this far then it is unlikely to be a problem for you. What is likely more disappointing is the main antagonist who was pretty weak. Like most of the show, the villains did not pose a big enough threat to the main cast so there was no real suspense. At least on this front there is some promise as the next major adversaries are likely to cause more trouble for Rimura and his crew.

The quality of animation in Slime Reincarnation was disappointing considering the slower pacing should have meant it was easier to animate this season. However, instead of higher production values it seemed we got less as there were numerous scenes when we were robbed of character details. This only got worse in the major action scenes when frame rates or details were lost. The music in this show was better though and I would give a special shout out to the opening “Like Flames” by MindaRyn which was particularly enjoyable. The ending theme was also pretty decent; this was “Reincarnate” by Takuma Terashima.

In all departments the second part of Slime Reincarnation provides an inferior experience to part one. The start is slower and duller. Unlike before things do not heat up in any significant manner as whilst we got tension and danger the opposite is true here; the fights are one-sided foot stomps. The simple fact of the matter is the villains were simply too weak.

The main redeeming features are we got to see the extended cast in action which is nice as this at least gives us a sense that even the minor characters matter and this isn’t just a Rimiru show. The best is saved for last as the final fight is definitely the best in the show. A key note here are the contributions of Milim and Veldora who did much to lift the malaise that plagued the rest of this show. What’s more we got some decent twists at the end that gave the audience food for thought and hope that things may turn for the better.

One major disappointment I got, considering the quality we got from part one, was the standard of animation which could not provide justice to the action scenes shown. This was unfortunate. However, on the musical front things were better so it was not a total loss. In the end if you were a fan of the previous seasons then you may still enjoy this. This will count double if you enjoy seeing your favourite characters kick ass however, I feel confident in saying that most fans would consider this the weakest season in the franchise so far. Despite those flaws it may prove worthwhile to watch as a movie is due to be released. Let us hope this film takes Slime Reincarnation into bigger and better directions.

Considering the nature of show it is hard to recommend this to anyone outside the big Slime Reincarnation fans. The worldbuilding we got in season one is largely absent while the action we saw previously is stifled by its extremely slow start. The lack of tension coupled with the one-sided battles being played straight meant you cannot enjoy this like an Overload anime which went for the whole OP protag angle. In short there are better shows out there.

Story 5 – The extremely slow start is suffocating and it sucked out all the excitement and anticipation I had when going into this show. The expositions were simply too long. This slow start was only compounded by the unimaginative way these events were presented. Action scenes were not much better as they lacked the intensity of what we got before. Main positive was the ending but at that point it was too little too late.

Characters 6 – Largely the same as before but fortunately the cast is likeable so a lack of development is not so noticeable. Main highlights in the casts were Milim and Veldora who were the biggest source of entertainment. Antagonists on the other hand were a major let down.

Animation/music 6 – Quality of animation took a dip which was unfortunate considering much of the show was devoted to protracted dialogue sequences. The poor animation acted as hinderance to the more action orientated scenes. Slime Reincarnation did better in the musical department.

Overall 5.5 – A slow start, a lack of tension and weak villains are the chief weaknesses for this season. On the more positive side we get more action from the extended cast and it does end on a better note but considering you got to watch 10 episodes to get to the good bit makes this a questionable investment of time. I could only recommend this to Slime Reincarnation fans or if the movie turns out to be brilliant. If you are not a fan of this watch something else.

There is something slimy in the gallery. If you want to check this bit of slime then give the gallery a go!